Thank you for your patience while we retrieve your images.

The Texas Longhorn is a breed known for its characteristic horns, which can extend to 7 feet wide from tip to tip. The Longhorns are direct descendants of the first cattle introduced to the New World by Christopher Columbus. Over time, the Spanish brought the cattle north, arriving in the area that would become Texas near the end of the 17th century. There the cattle escaped or were turned loose on the open range, where they roamed for the next two centuries. Over generations, they evolved the "hardy" characteristics for which Longhorns are known.

With 55,000 "Longhorn" students on the University of Texas campus, the original longhorns are a rare sight in Austin!
© William Hawkins 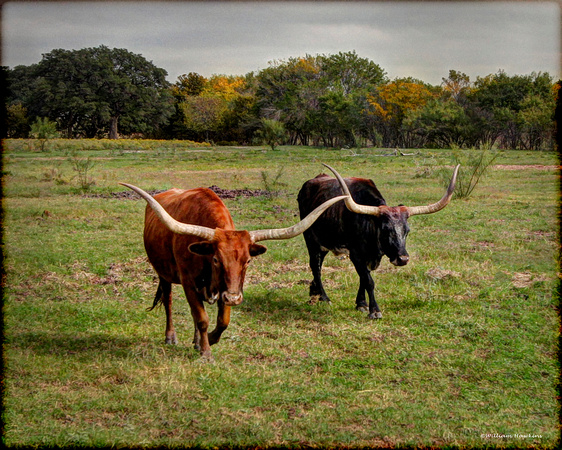