Thank you for your patience while we retrieve your images.

7 photos
The Cathedral of Junk stands quietly in the backyard of a small house on a suburban street on the south side of Austin. From the street, it's invisible.

The man who built it, Vince Hannemann, is similarly unassuming. He didn't build the Cathedral to get attention. He's a very down-to-earth guy who harbors no illusions about the significance of his creation. "I just did it because it was kinda cool," he tells us. "It's my clubhouse. It's fun. Kids, when they come through, they know what it is."

Wrapped in years of subtropical Texas vegetation, the Cathedral is a hollow framework of improvised trusses, around and within which Vince has wired and packed all manner of mass-production cast-offs: lawnmower wheels, car bumpers, kitchen utensils, ladders, cables, bottles, circuit boards, bicycle parts, brick-a-brack, and a lot of stuff that is frankly unidentifiable.

The Cathedral is, in fact, assembled mostly from stuff that people bring to Vince, which makes charting its overall growth somewhat problematic. "You can't tell people what to bring," Vince notes. But he is fussy and, he admits, "my tastes change. Lots of things don't fit in."

Vince, who has a day job, is happy to show visitors his creation when he's around. The Cathedral has hosted weddings, CD debut parties, bachelor parties, and is a popular destination for tour groups of schoolkids and senior citizens.
Categories & Keywords
Category:
Subcategory:
Subcategory Detail:
Keywords:
© William Hawkins 2022 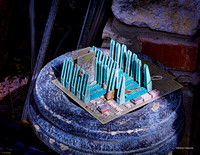 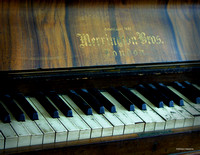 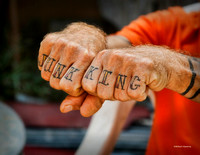 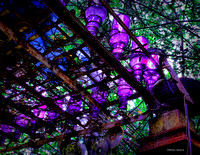 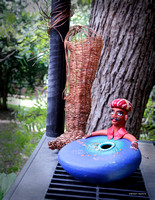 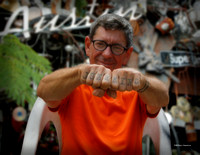 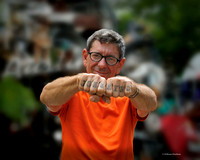